Two sides to the age profile of SMSF members

There are two fascinating sides to the age profile of self-managed super fund members. Both provide an insight into the future of SMSFs.

On one side, the median age of members establishing funds fell below 50 for the first time in 2013, according to tax office statistics. Indeed, 36 per cent of members of new funds in that year were under 45. 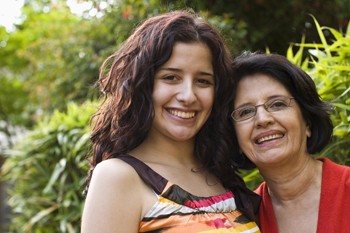 Yet on the other side, 42 per cent of SMSF members are over 60 and 39 per cent of SMSFs pay superannuation pensions (including transition-to-retirement pensions) to at least some of their members.

"Given the ages of existing SMSF members, we expect a further 250,000 will be eligible to receive a pension sometime in the next 10 years," he says.

In short, it is clear that while the self-managed super sector continues to strongly refresh itself with new and younger members, a large section of the membership is addressing the different challenges upon moving to the pension phase.

While the Government's recently-released 2015 Intergenerational Report discusses superannuation broadly in the context of an ageing population over the next 40 years, Bambrick's address focuses on some of the immediate, practical issues facing SMSFs with a greying membership.

For instance, Bambrick points to the need for pension-paying SMSFs to accurately calculate their tax-exempt pension income, to manage assets on a segregated or unsegregated basis (distinguishing between tax-exempt and non-tax exempt assets), and to pay the minimum pensions required in order to retain concessional treatment.

Further, Bambrick emphasises the need for SMSF trustees to plan for the management of their funds upon the death of a member. (Smart Investing will discuss this issue more fully in coming weeks.)

The ageing of a large section of the SMSF population and the technical and legal issues involved – apart from crucial investment and asset allocation concerns – truly underlines the importance of gaining specialist SMSF advice.