Retirement planning: the gap between intention and reality

Many of us would like to assume that we are in control of the timing of our eventual retirement. 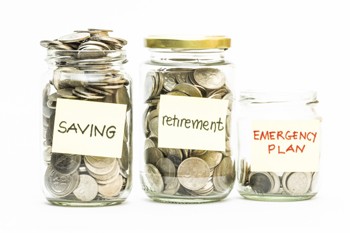 Indeed, the 2012-13 Retirement and retirement intentions report from the Australian Bureau of Statistics shows that almost half of working Australians over 45 intend to retire between 65 and 69 while a quarter aim to retire between 60 to 64. And 13 per cent never intend to retire.
However, our intentions regarding our age of retirement and when we actually retire may be very different in reality. Life, of course, can take some unexpected turns.

Graham Hand, editor of the online investment newsletter Cuffelinks recently wrote about how the timing of retirement is often not of a retiree's choosing. (See Retirement catches most people unplanned).

In his article, Hand points to a research paper - Work, money, lifestyle: plans of Australian retirees by academics Julie Agnew, Hazel Bateman and Susan Thorp. They found that only 40 per cent of retirees interviewed for their extensive research had actually decided their own retirement date. (This research was published in JASSA Finsia Journal of Applied Finance, 2013).

And 60 per cent of retirees interviewed said they had been forced or encouraged to leave the workforce for such reasons as poor health or difficulties with their work environment (which included the perceived attitude of some employers to older workers).

"The majority of not-yet-retired [interviewed for the research by Agnew, Bateman and Thorp] had done virtually no planning for the transition to retirement," Hand adds, "perhaps because they expected to decide for themselves when they stop paid work."

As Smart Investing has discussed in the past, a decision to remain in the workforce past traditional retirement ages can provide a valuable opportunity to save for what will be a shorter and therefore less costly retirement.

However, the reality is that many of us may not be in control of the decision to work longer. This underlines once again why we should ideally begin saving as early as possible in our lives for our eventual retirement - whenever that may be.