End of year tips for SMSFs

The end of the tax year is drawing closer and there are a few things SMSF trustees and practitioners alike may want to review to get their taxation house in order. 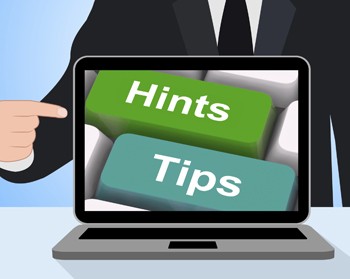 There are a number of advantages from reviewing the contributions made to superannuation, drawing income streams from the fund, the timing of benefits and the administration of an SMSF that your clients should be aware of.

Check the contributions before year end

During the financial year you need to keep a watch on the contributions made to the fund to make sure there is no excess that occurs or is likely to occur otherwise penalties may apply. On the other side of things, if a client has not made enough contributions during the year, SMSF pracitioners may want to advise the trustee to top up the amount so that the amount contributed is nearer to the caps.

Contributions to superannuation can be made in many ways by cash, cheque or through electronic transfer. Make sure the contribution reaches the fund by 30 June otherwise any late contributions will not be counted until the next year and could result in an excess contribution which may end up being subject to a penalty.

Pracitioners should also be aware that any super member that has made after tax contributions of at least $1,000 to superannuation and has an adjusted income of less than $49,488 (2014/2015 financial year), is younger than 71 and meets certain employment and self-employment tests may be eligible for the government co-contribution of up to $500. Payment of the co-contribution is automatic as the ATO pay the amount to your superannuation fund once they know the amount of the after-tax contribution you have made and you have lodged a tax return for the relevant year.

Clients who are in small business and have  net assets of no more than $6 million and a business with a turnover of no more than $2 million may qualify for certain CGT small business retirement concessions on the disposal of the business or certain business assets. The calculation of what qualifies under these concessions is left up to the client or tax adviser as the current CGT threshold amount is $1,355,000 for the 2014/2015 financial year. While there is no work test to rollover amounts that qualify under the small business retirement exemption once the client reaches age 65 they need to meet certain work tests to allow the payment to be made to their superannuation fund. Accountants or tax agents can help determine if clients are able to pay the CGT concession amount to the superannuation fund.

Start an income stream from the fund before 30 June.

Anyone who is at least age 55 can commence an income stream from 1 June this year and provide the following advantages:
•    Any income earned by the superannuation fund on the amount used to commence the pension is tax free.
•    There is no requirement to actually receive an income stream payment this financial year. Your client's can delay receipt of the income stream up until the end of June 2106.
•    They can commence a pension on 1 June and if the member reaches 60 in the next financial year any pension they receive after age 60 will be tax free.

Samantha who is age 59 and retired commences an income stream in June 2015 with $800,000. Just like Rob there is no requirement for her to draw an income stream payment prior to 1 July 2015.

Thinking about your client's SMSF at year end

End of the financial year is just as important for your client's SMSF as it is the for the rest of their financial affairs. There are a few things SMSF practicioners need to ensure their clients do at the end of the year for their SMSF. The things to remember: