SMSF trustees and professionals should be wary of a combination of problematic economic indicators which may spell trouble for investment markets. 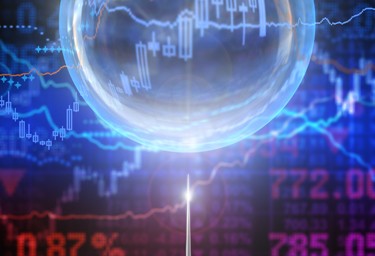 Deloitte’s latest economic business outlook report warns that “interest rates have been too low for too long, and bubbles are bubbling”.

“Yet, today’s cheap money will linger. Both politics and economics make turning off the tap really hard. In cutting rates of late, the RBA has had to ignore solid growth, falling unemployment, eye watering household debt and housing prices that are more pumped than an ’80s East German Olympic sprinter, the report said.

“With household debt looking so stretched, we think the Reserve Bank should be a very reluctant cutter. And, if the RBA does hold, then that will keep the $A on the wrong side of the global currency wars – and so still trading at levels a bit above where its fundamentals would otherwise put it.”

National debt levels, although looking steady for now, could also start looking a bit grim, particularly if there is a shift in interest rates.

“Huge construction projects are wrapping up (so their associated import bills are dropping), China’s stimulus has boosted commodity prices (especially for King Coal), and super cheap credit means the trillion dollars of debt Australia owes the world is costing us peanuts. Yet, although that backdrop keeps the current account in check for now, it has shaky foundations. Looking longer term, interest rates may go up and commodity prices may go down, hurting the nation’s balance of payments.”

Overall, Australia’s growth remains “pretty good”, according to the report, and is slightly above trend. However, it falls short of being wholly optimistic.

“Too many things Australia depends on are now priced for perfection, and the higher the prices go for iron ore and coal and homes in Sydney and Melbourne, the greater the risk that something goes wrong down the track,” Deloitte said.

“Those higher risks come atop some known negatives: business investment spending is still falling fast as old construction projects wrap up without similarly-sized ones starting up, apartment construction is riding for a fall, while the $A keeps bouncing off the canvas. That says today’s output growth looks solid in the short term, but that the risks to that outlook – already higher than average – are continuing to edge up.”