The global economy has maintained steady growth in the second quarter of 2017, providing a solid foundation for risk assets such as equities and corporate credit which further encourages investors to build a diversified portfolio, according to JP Morgan. 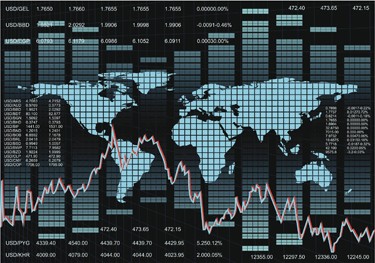 Speaking at a media roundtable event in Sydney this week, JP Morgan global market strategist for Australia Kerry Craig said while 2017 held many uncertainties, such as European political outcomes or the decisions of the US Federal Reserve, it was expected to be a constructive year for risk assets including global equities, corporate credit and emerging market (EM) debt.

“Suddenly we are at a point which is very different to where we’ve been for a very long time - everything became more co-ordinated and synchronised in terms of outlook,” he said.

“There are a lot of positive opportunities coming through internationally for investors outside of the US, with the longer term view being that they should actually look at the global economy.”

Focusing on the domestic market, Craig noted that Australia had fallen behind the rest of the world, which could be a direct response to the absence of a fiscal boost.

“While the rest of the world is looking great Australia is lagging a little bit because you haven’t had that fiscal boost come through,” he said.

The underperforming labour market saw the Australian unemployment rate rise to 5.9 per cent in February, creating a push for the government to introduce improved policies in the upcoming budget.

“The market will be looking for that infrastructure spend and looking for what’s going to happen with tax cuts and any changes around the interest in the housing market,” Craig added.

“The RBA [Reserve Bank of Australia] can only do so much about addressing demand. They can’t increase supply – it’s the government that needs to do that through infrastructure, whether it’s the release of land or changing rules about why interest-only loans are so attractive for business.”

The firm also suggested corrections in the market should be welcomed by investors as an opportunity to deploy cash and allocate towards risk assets in their portfolios.

“We believe corrections in markets in the months ahead could be attractive entry points to build a stronger portfolio which benefits from the solid global growth environment,” Craig said.