Let’s take a look at a practical example of how the new capital gains tax relief will operate for pension assets. 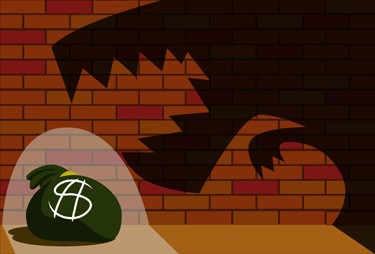 From July 1, 2017, major changes will take effect with respect to the taxation of superannuation. One change is that fund assets supporting transition-to-retirement income streams will no longer be eligible for an income-tax exemption. Another change is the introduction of the transfer balance cap, which (at the risk of oversimplifying things) limits the amount capital that can be used to commence a pension to $1.6 million). As a relief, certain legislation has been introduced that, as stated in (s 294-100), is designed to provide temporary relief from certain capital gains that might arise as a result of individuals complying with the following legislative changes:

Assume that on November 9, 2016, (i.e., the start of what the legislation defines as the ‘pre-commencement period’), a sole member fund called the Sample Superannuation Fund had a total of $2.1 million in assets, of which $1.8 million was supporting pensions and $300,000 was not. Further assume that the fund did not have any ‘segregated current pension assets’ or ‘segregated non-current pension assets’ (i.e., the fund was using the proportionate method – also known as the actuarial method – to calculate and obtain its income-tax exemption).

Assume that the fund has the following assets:

Note that the CGT relief for unsegregated pension assets results in a cost base reset as at ‘immediately before 1 July 2017’. This is different than CGT relief for segregated pension assets, where there is the ability to choose (within certain parameters) when the cost base reset occurs. Accordingly, let’s assume that the current market values of the assets as set out above will continue to be the market values as at immediately before July 1, 2017.

Also, note that the operative provisions (i.e., ss 294-115 and 294-120) do not expressly require than an asset be commuted out of a pension in order to obtain the relief. Although the ATO disagreed with this in the draft version of Law Companion Guideline LCG 2016/8 (see paragraph 21), it changed its position in the final version (see example 4 for an illustrative example of this).

Next, let’s say the fund partially commutes $200,000 of the pension and internally rolls the resulting lump sum back into accumulation.

Subject to certain other assumptions – for example, that the fund is at all relevant times a complying superannuation fund, etc. – the fund will have the ability to choose to apply the CGT relief to some or all of its assets. Consistent with ATO Taxation Determination TD 33, the fund chooses to apply the relief to 700 of the shares in BigCompany Ltd that were purchased in 2012, and to the real estate.

Assuming the 700 shares in BigCompany Ltd and the real estate are both disposed of in the same financial year (for example, the 2019 financial year), the net capital gain of the fund is increased by $180,533. Similarly, the cost base of the 700 shares is treated as being 700 x $150 and the cost base of the real estate is treated as being $800,000.

Broadly speaking, schemes which do no more than that which is necessary to comply with those reforms will not be the subject of determinations under Part IVA of the Income Tax Assessment Act 1936 (ITAA 1936) (Part IVA). Schemes which abuse the relief are another matter …

The kinds of arrangements that the commissioner will scrutinise carefully with a view to determining whether Part IVA applies will exhibit the following features:

I suspect that the largest pt IVA concerns will occur for account-based pensions, not transition-to-retirement income streams, particularly those eligible for the segregated pension asset CGT relief, not the relief described in this article.

For full details, see subdiv 294 B of the Income Tax (Transitional Provisions) Act 1997, which was inserted by the Treasury Laws Amendment (Fair and Sustainable Superannuation) Act 2016. Also instructive is the ATO’s Law Companion Guideline LCG 2016/8.

This article is for general information only and should not be relied upon without first seeking advice from an appropriately qualified professional.