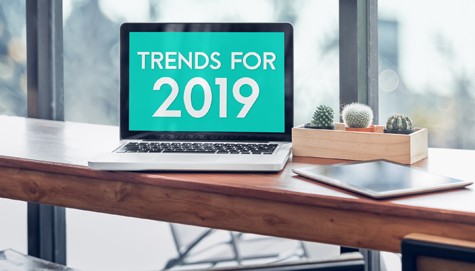 This year’s report reflects a period of uncertainty for SMSF trustees recently, particularly in the lead up to the federal election with the Australian Labor Party’s proposed policy to remove refundable franking credits from Australian shares.

The SMSF sector represented around $747 billion in retirement savings as at March 2019, growing at a slower pace than the preceding 12 months following the impacts of recent industry events, this compared with $1.8 trillion invested with APRA-regulated super funds.

The report delved into attitudes to other proposed changes to SMSF regulation including the increase to the maximum number of members from four to six, which more than half of advisers saw largely as a positive move, where trustees were unsure of the impact.

The proposed ban on borrowing for investment property was rejected by the financial advisers surveyed, with a majority saying it would have a negative impact on the industry. Nearly a third of trustees agreed with this sentiment.

The total number of SMSFs grew to 598,000 at the start of the year, up just two per cent from the same time last year. The average SMSF balance is $1.2 million, with report findings over recent years showing a trend of lower fund balances and younger trustee ages at the time of establishment.

Despite declining establishment rates, there is still significant appetite among Australians to set up an SMSF, with one in five super fund members planning on setting one up in the future, citing greater control and better returns as the main motivators.

SMSFs are defensive and aiming to diversify

In an uncertain investment climate, more SMSF trustees are taking a defensive stance in their asset allocation.

The report showed investors’ outlook for market returns was low at 1.4 per cent – this prediction sat well below the expectations of many economists, including Vanguards (who have a 10 year outlook for Australian equities of 4.5-6.5%).

Despite this, SMSF trustees remained most inclined to invest further in individual bluechip shares, with 54 per cent citing this as a likely investment choice over the next 12 months.

SMSFs’ allocation to cash increased slightly over the past year to 25 per cent, largely at the expense of unlisted managed funds which dropped by two per cent.

While many SMSFs have adopted a defensive mindset, their appetite for diversifying investment products has increased.

This is highlighted by SMSFs’ use of exchange traded funds (ETFs) with the number currently investing, or planning to invest in ETFs in the year ahead, surging from 140,000 to 194,000 in the last 12 months.

The findings also showed that SMSFs are seeking greater exposure to overseas assets, especially through ETFs, however 52 per cent of respondents cite lack of knowledge about overseas markets and currency risk as the top barriers to obtaining more exposure.

Looking forward, while building a sustainable income stream remains a key investment goal for many SMSFs, a growing proportion (15 per cent) say protecting their assets against market falls will be their key focus for the year ahead.